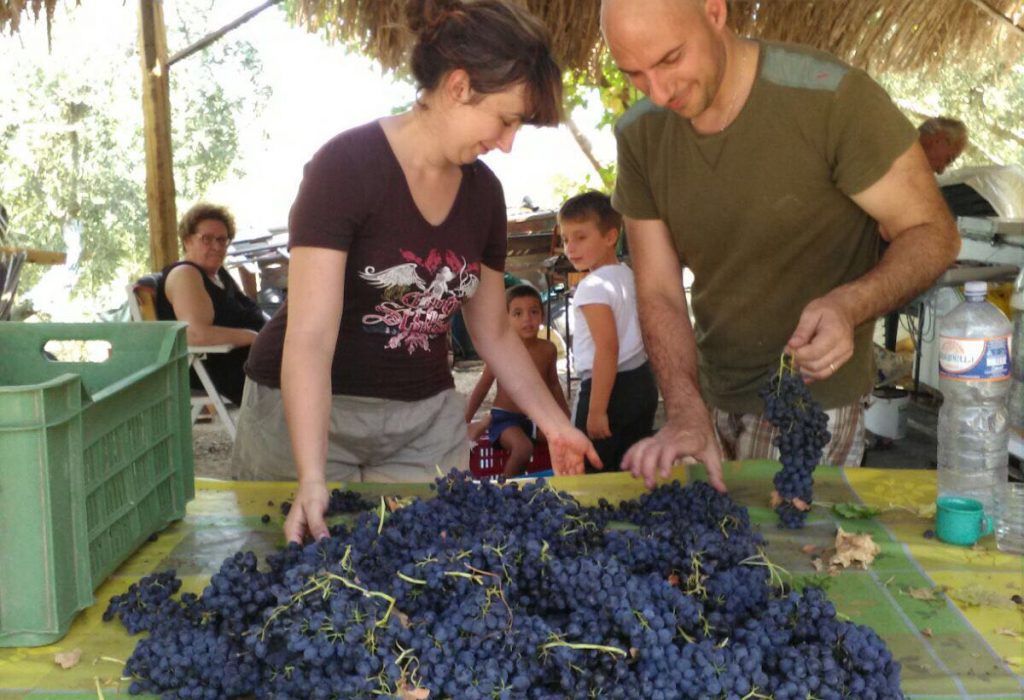 Head Sommelier Filippo Zito shares his most recent trip to his family winery in Vita, Sicily...

I grew up in a winery, as my father was a wine-maker, and I never stopped dreaming to go back and experience the pleasure of making wine with my family.  A few years ago the dream started to become a reality as I began to make a small production with my parents and brothers.  It all sprang from my uncle’s vineyard (planted with Syrah vines) in my mother’s home town of Vita, Sicily.  The site is truly unique being around 400m above sea level with a south-facing aspect that offers the perfect conditions for a quality wine.

My adventure recommenced this year on 29th August.  We rented a van and began work early in the morning (after the obligatory cappuccino and croissant!) and mentally prepared ourselves for working in the scorching Sicilian sun.  We had been warned that the summer had been particularly hot this year, and so were expecting a very ripe harvest.  We unloaded our borrowed fruit crates and began work.  One thing I didn’t mention about this vineyard is that it is set on a very steep slope, that is made ever more challenging by the crumbly, sandy terrain. We decided the best course of action would be to start at the top of the hill and work downwards.  As soon as we started, we saw the effect of the hot summer.  We had to do an initial selection of grapes between those that were ripe and ones that had gone over to the ‘raisin’ stage.  The grapes that were still juicy would be used for our dry wine and with the drier grapes we would try to make a luscious sweet wine (something we had never attempted before).

The next day we started to crush the grapes.  We started the process in the traditional way pressing the bunches by foot, removing the stalks by hand and pouring the juice (with grape skins) into fermentation tanks (complete with temperature control system created by my eldest brother).  In the past we hadn’t harvested the same volume of grapes and we soon realised that in order to get through the mass that we had collected, we needed a more efficient means of crushing.  We invested in a hand operated grape crusher/destemmer, which thankfully made the process much easier!  We managed to fill eight vats, six for dry wine and two for sweet wine.  After all this work, we rewarded ourselves with a refreshing swim in the sea by a sunset-soaked beach.

For the next few days we continuously checked the temperature of the tanks and mixed the skins with the juice several times a day in a process that is known as ‘punching down’.  In the meantime we harvested the Insolia vines (an aromatic variety native to Sicily) on my parent’s land.  We made a selection of only the best grapes and repeated the same process as we used for the Syrah (i.e.we left the grape skins in the juice for the first few days to intensify the aroma).

As we had already experimented with different blends in the past, we decided that we needed to harvest a bit of Grillo to add body and acidity to the Insolia.  As a lot of the local Grillo had already been picked, we travelled to Marsala to harvest there (from a vineyard owned by my cousin’s husband).

After three days, the naturally occurring yeasts started to work and the grape juice (from both the red and white grapes) began to ferment. In the meantime, we decided to remove and press the skin from the Syrah reserved for the sweet wine to avoid extracting too much tannin from the skin.

Before long it was time to return to rainy Manchester and we had to leave the fermenting wine in the capable hands of my father.  We are hoping to have produced 500 litres of wine this year and we hope that our hard work will give a good result. 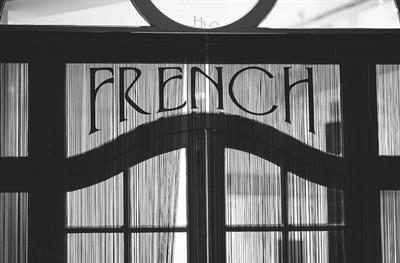 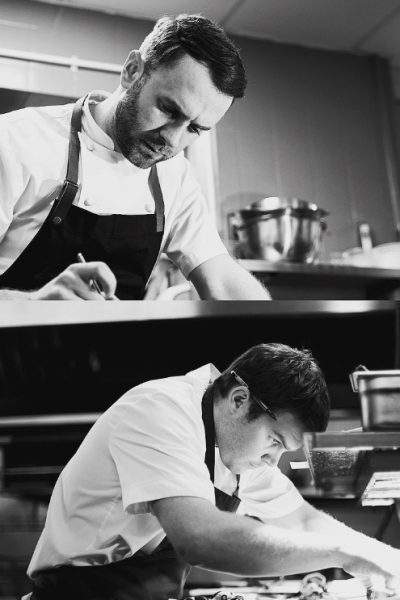 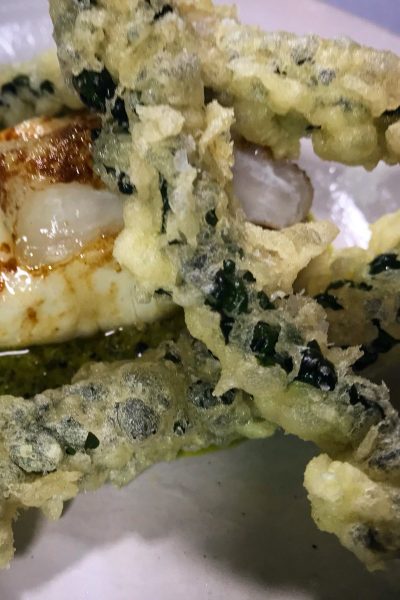 Alaska under the lens…
Read More