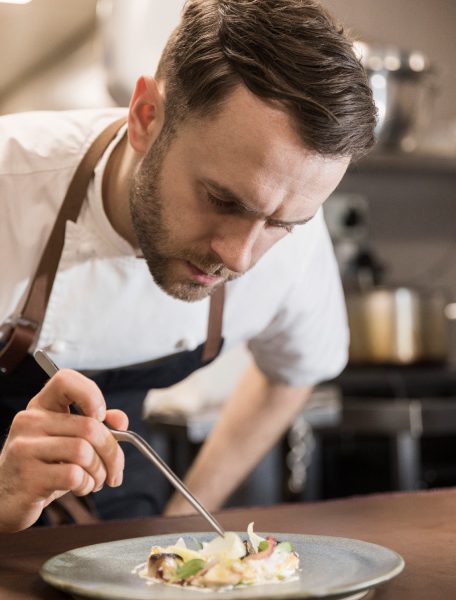 Joining The French in 2013 as Head Chef and taking over as Chef-Patron in 2016, Manchester-born Adam is no stranger to the city’s fine dining scene. Having initially trained at the nearby Bridgewater Hall, Adam progressed to work at numerous Michelin-starred restaurants including Simon Radley at The Chester Grosvenor. Adam achieved 4 AA rosettes in his time at The French, before going on to win BBC’s prestigious Great British Menu competition with his signature dish, Golden Empire.

Adam Reid at The French is a collaboration in more than name alone, with Adam making his stamp on every aspect of the dining experience, from the new flexible menus, more relaxed accessible atmosphere and his pièce de résistance – the chefs counter.

When it comes to dining at The French, there are more options than ever before, from the signature six and nine course menus, to the new four course menu made up of fewer dishes for a speedier service. 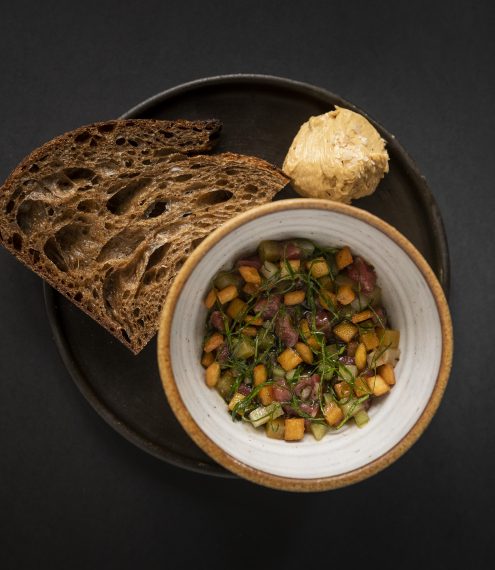 Adam Reid at The French marries perfectly the old and the new and is a dining experience to be remembered. The Grade II listed dining room has recently been refurbished with new lighting, wall art and paintwork to give it a more relaxed, inviting atmosphere. Steeped in history, the restaurant offers outstanding levels of service, warmth and style that in turn, create a relaxed and friendly atmosphere like no other in Manchester.